Pigeon Roost Farm is a working family farm, owned and operated by Ralph and Janice Jutte. Since we are often asked, Jutte is pronounced Ju'-tee.

We are native "Buckeyes" and bought this farm in 1979. The land was part of the Refugee Tract, land set aside by the U.S. Congress in 1783 as a grant for Canadian refugees who aided the Colonies' cause during the Revolutionary War. The story of the farm's name, is a story in itself, as told below.

We first established Jutte's Farm Market to teach our young children (Doug, Pam, and Amy) a strong work ethic and provide them not only spending money, but also savings for college. 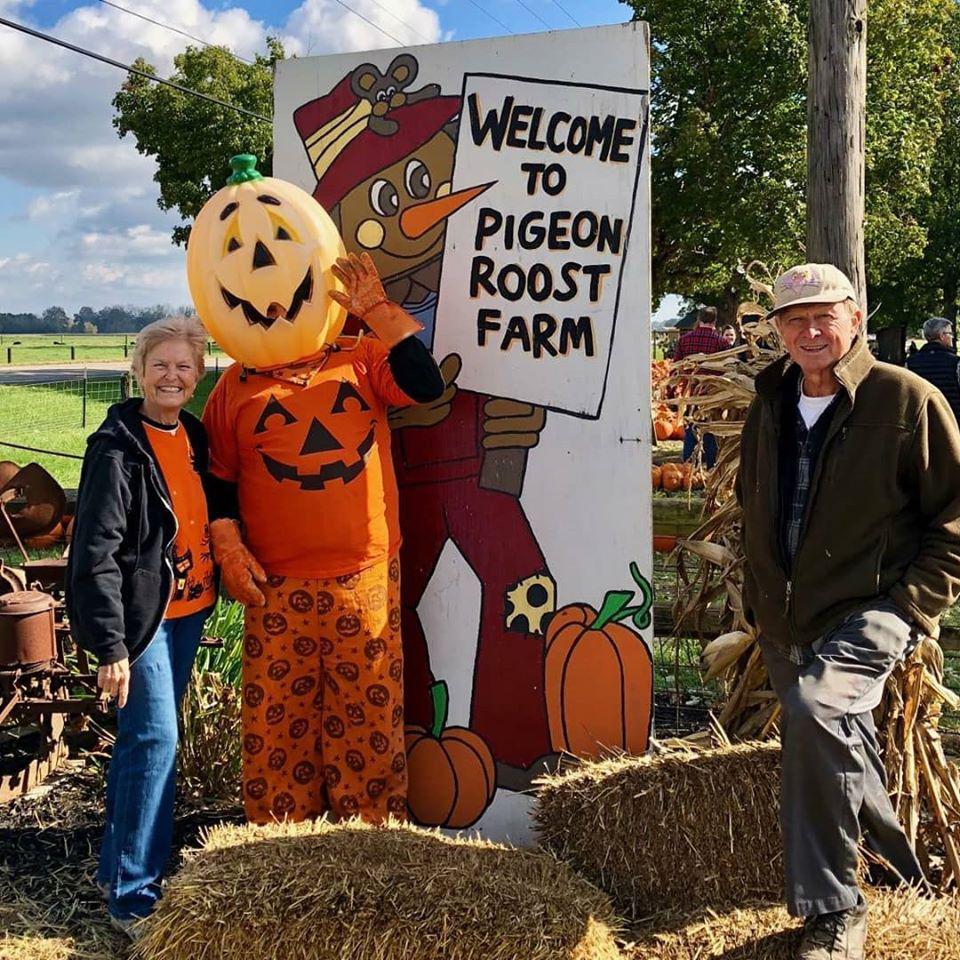 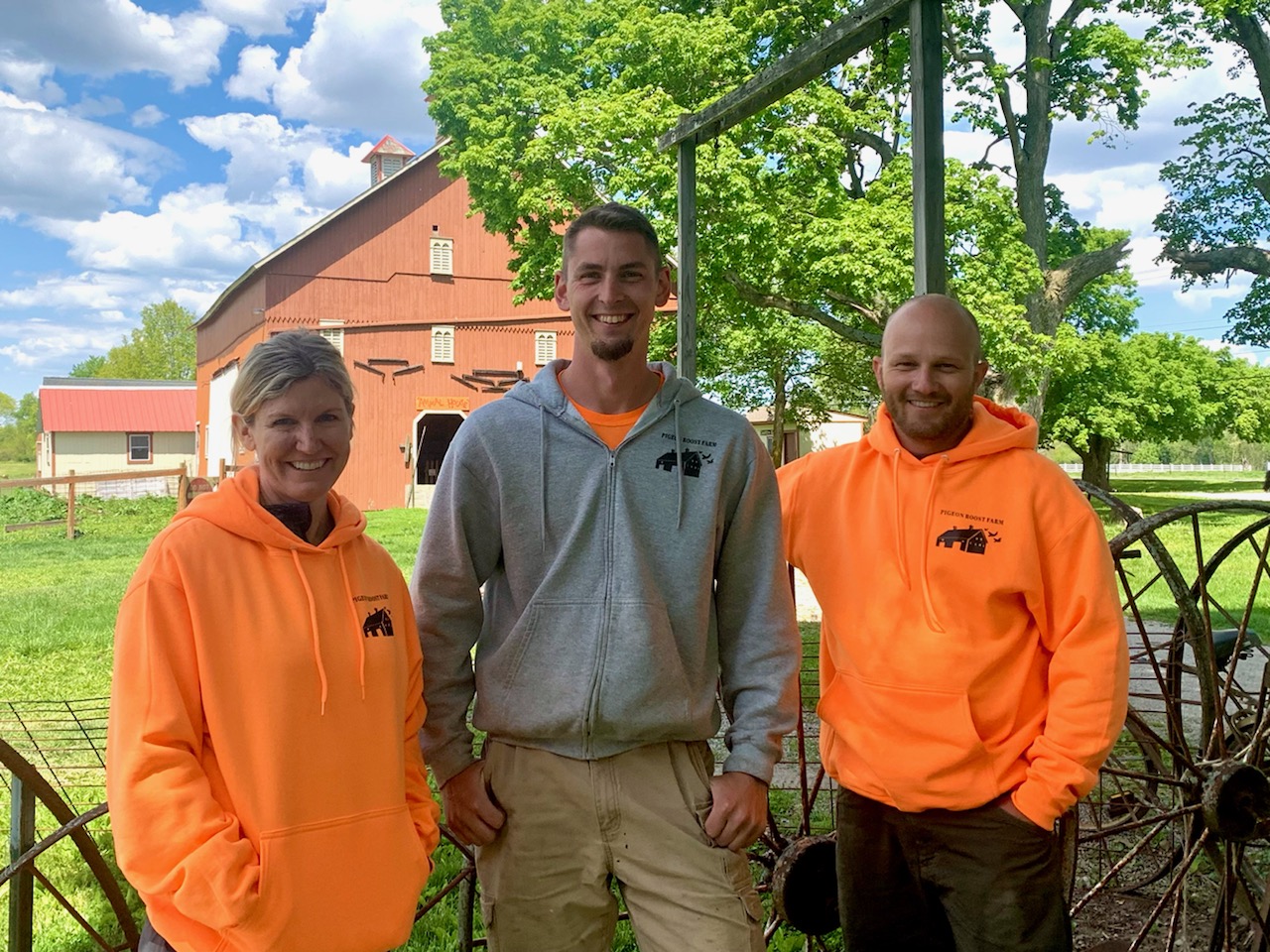 In just those few short years, Pigeon Roost Farm has grown to a favorite fall entertainment center for several thousand families from throughout central Ohio. It is our intent to provide a positive farm experience and give younger generations an opportunity to spend time on a working farm.

We have retired from our careers now and find the farm market to be challenging, interesting, and (in the fall) a little crazy! We enjoy meeting all the great people who visit and love sharing our farm and animals with all the children and adult "kids-at-heart".


How the Farm Got Its Name

Pigeon Roost Farm was the original name of this 80-acre farm, dating back to the mid-1800s. The Passenger Pigeon—once the most abundant bird in the world—frequented this area. At that time, Passenger Pigeons made up almost one-half of all birds in North America. As they searched for food, they traveled in huge flocks that could blot out the sun, and whose sound reminded people of Niagara Falls. The birds could easily fly 60 mph, and were likened to "blue meteors" when in flight.

As difficult as it is to imagine, a roosting area could easily contain millions of birds. The birds could get so thick that branches and even entire trees crashed to the ground, and the area beneath the trees would be covered in feet of dung. Even many years later, people could tell where a flock had roosted by the destruction—but it did make very fertile soil for the early farmers.

Unbelievably, these amazing birds went from flocks of millions to extinction in 40 short years.

The last large flock was seen in Ohio around 1885; then, in 1900, a young boy from Pike County killed the last wild Passenger Pigeon with a BB gun he received for Christmas. Fortunately, a small colony of pigeons remained in the Cincinnati Zoo, but they never produced any young and gradually died off.

Finally, the only remaining Passenger Pigeon, Martha, a 29-year-old female, died on September 1, 1914. Martha is now on display at the Smithsonian Museum of Natural History in Washington, D.C., and a few others are scattered throughout the nation in places named after this once abundant bird. It is in the spirit of remembrance that we are pleased to continue the name of Pigeon Roost Farm. 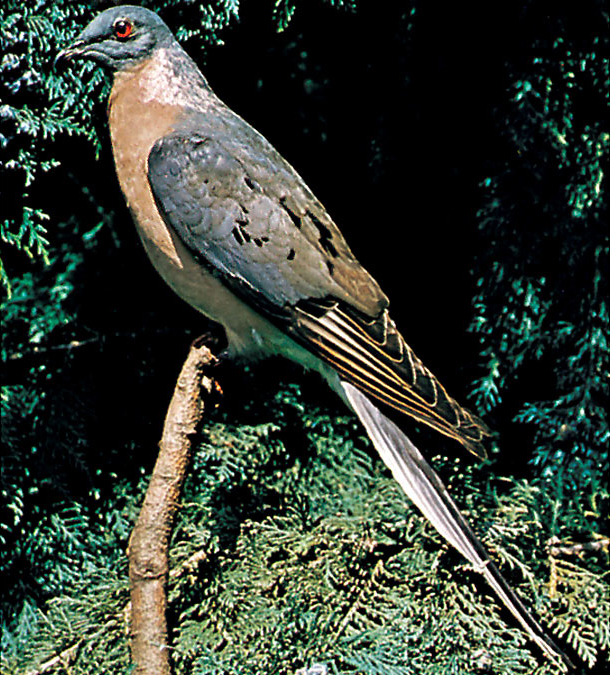